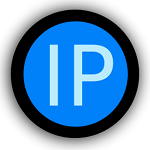 The cost of running a VPS is becoming cheaper and cheaper. There are more things we could get for the same bucks. Once your site is ready for a VPS, there are multiple server stack options available, than the traditional LAMP setup. For example, you could completely ignore Apache and can use Nginx with php-fpm . Either case, you wouldn’t have any issues related to IPs in comments. However, on a complicated setups, such as Varnish => Nginx => php-fpm or Nginx => Apache, or Varnish => Apache, WordPress doesn’t display the IP address of the visitors correctly. There is nothing wrong with WordPress. It’s all about the implementation. Forwarding the correct client IP can be tricky as the complexity of the server stack increases. There are situations where you just don’t have any options to forward the correct address. END_OF_DOCUMENT_TOKEN_TO_BE_REPLACED

W3 Total Cache is back in active development, nearly after a year. I’m one of the lucky people who got the opportunity to test the beta version of the upcoming release, probably 1.0.0.0! It brings a few new features, including a more-intuitive troubleshooter. END_OF_DOCUMENT_TOKEN_TO_BE_REPLACED

Recently, in one of my clients’ server, we decided to move to the traditional Apache with mod_php instead of Nginx with php-fpm, after going through the pros and cons of each setup. If you are not aware already that AllowOverride All brings a major performance lag into the whole setup. To overcome this, we can move the rewrite rules written on any part of your site into Apache’s configuration file (apache.conf or httpd.conf or any other name depending on the distribution you use). By moving the rewrite rules into the httpd.conf, we could disable AllowOverride altogether for a particular site and make this Apache with mod_php server stack a bit faster than Nginx with php-fpm stack. Here is how you can move all the rewrite rules into your server’s config… END_OF_DOCUMENT_TOKEN_TO_BE_REPLACED